Spring officially began back on March 20, but I feel like only now is it starting to get warm, and even these past few days have been a bit chilly. The month of May (in Latin, Maius) was named for the Greek Goddess Maia, who was identified with the Roman era goddess of fertility, Bona Dea, whose festival was held in May. Conversely, the Roman poet Ovid provides a second etymology, in which he says that the month of May is named for the maiores, Latin for “elders,” and that the following month (June) is named for the iuniores, or “young people.”

In May, we will have four events, but none on the first weekend, and all restaurants are ones that we haven’t been to for a couple of years. We start with dinner on Saturday, May 11, at Zengo, a Richard Sandoval classic located in midtown. The space is enormous, dark and breathtaking, the menu is always amazing. On Tuesday, May 14, join us for the 37th anniversary of The Single Gourmet for a feast of Peking duck and lots of delicious Chinese cuisine at Peking Duck House located in midtown east. The following Sunday, May 19, we return to an Italian restaurant we haven’t been to in a couple of years: the sleek and upscale ViceVersa in Hell’s Kitchen. The last Sunday, May 26, we head to Bistro Vendome in midtown east for French cuisine that one of our members has enjoyed every Sunday for the last seven years!

TRAVEL
I am working on travel plans. I am definitely confirming that New Year’s Eve in Cuba will happen this year, whether we have 5 people or 15 people. If you were one of the people who paid a deposit last year, and want to go this year, please call me. 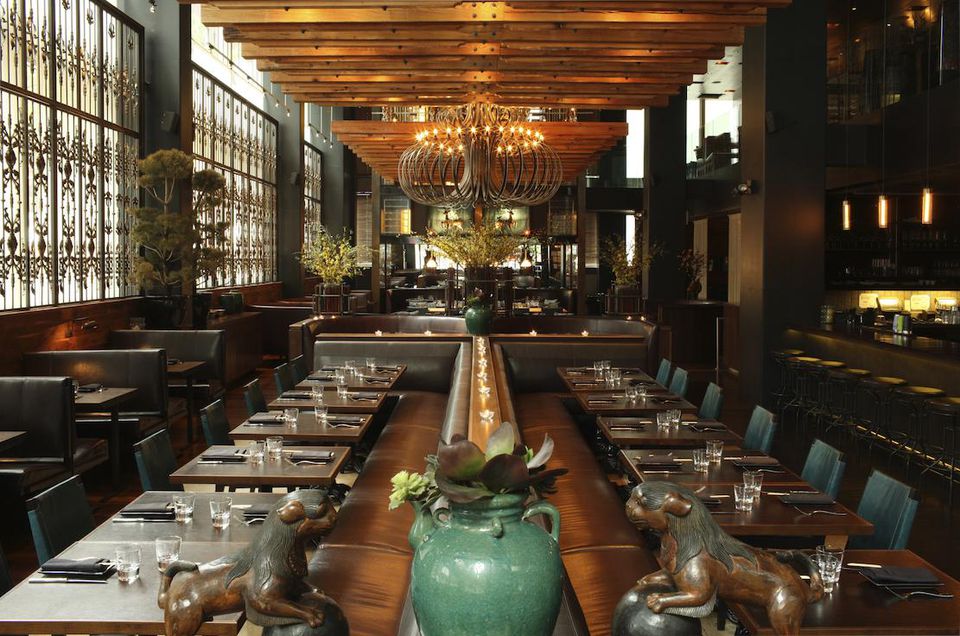 $87 includes
3 courses, glass of wine or soft drink, coffee or tea, tax & tip
$97 if payment is received after May 9
+$10 supplement for non-members and guests
https://thesinglegourmet.net/event/zengo-2019-05-11/
Zengo translates into “give & take” and represents Chef Richard Sandoval’s signature culinary style. Perhaps you have seen Chef Sandoval on Bravo’s top Chef Masters, as he is known for taking gourmet Mexican and Latin flavor to a new level. The Single Gourmet has followed him from here to DC, to San Francisco to Las Vegas, and at each location he raises the bar. With over 30 Latin restaurants across the United States, Europe, Mexico and the Middle East, Richard Sandoval is a global pioneer in contemporary Latin cuisine. Nine of his restaurants have been voted best in their category. For his work, Chef Sandoval has been awarded Mexico’s National Toque d’Oro, Bon Appetit Restaurateur of the Year and Cordon d’Or Restaurateur of the Year. He was also nominated for James Beard Outstanding Restaurateur. Zagat says “an upscale tri-level space designed by AvroKO sets the stage at this Grand Central-area Pan-Latin presenting Richard Sandoval’s imaginative Asian-Latin accented cuisine.” 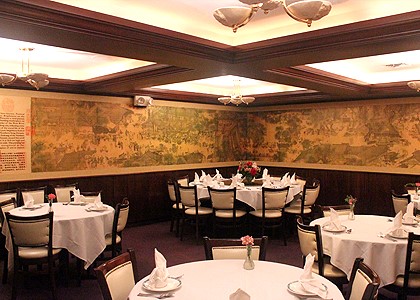 $89 includes
Chinese feast, glass of wine, tea or soda, tax & tip
$99 if payment is received after Sat, May 11
+$10 supplement for non-members and guests

https://thesinglegourmet.net/event/peking-duck-house-2019-05-14/
Usually The Single Gourmet goes to Shun Lee West for its anniversary, but I decided that this year (and perhaps from now on) we will go to this midtown gem. Chinese restaurants are always a popular night for our group and Peking Duck is always on the menu at this restaurant. Our family style meal will be a feast that will be sure to fill you up. Zagat rated 23, “with its juicy meat and savory, crispy skin, the signature Peking duck carved tableside is a real treat at these old-fashioned Chinese spots.” 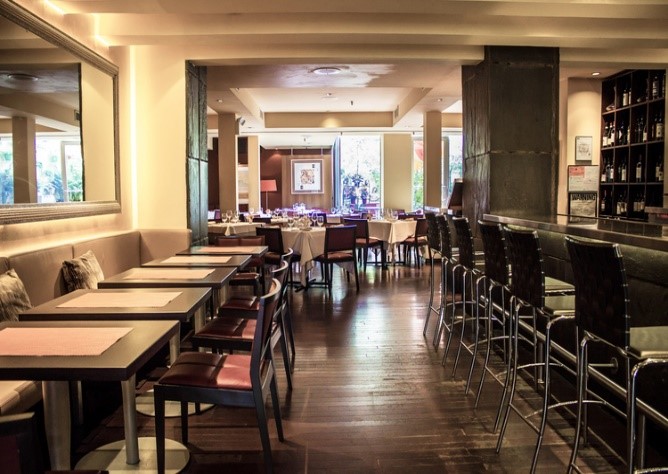 $84 includes
3 courses, glass of wine or soft drink, coffee or tea, tax & tip
$94 if payment is received after Wed, May 15
+$10 supplement for non-members and guests

https://thesinglegourmet.net/event/viceversa-2019-05-19/
Pronounced “veechay-versa,” this upscale eatery in Hell’s Kitchen serves up Italian dishes in an elegant yet comfortable atmosphere. The owners Franco Lazzari and Stefano Terzi met while working at San Domenico, a Tony May (the Godfather of the Italian cucina in New York) restaurant, and hired the same gifted Italian designer-architect who helped create May’s celebrated restaurant to design their own. The results are impressive: tinted limestone, decorative urns and a 25-seat garden at the rear are among the eye-candy here. Executive chef-proprietor Stefano Terzi gives a new northern spin to Italian classics. ViceVersa uses only the highest quality ingredients produced locally or imported from Italy, and makes all pasta from scratch. Stefano’s cooking respects the characteristics of each ingredient and values their qualities in each recipe-a true embodiment of the philosophy of Italian Cuisine. 4.5 stars on Open Table, 4 stars on Yelp, Certificate of Excellence from TripAdvisor.

Our menu starts with a choice of salumi with speck, finochiona salami, and boar caciatorini; shrimp with cherry tomatoes string beans, red onion, balsamic vinaigrette, thyme; or a mixed salad with shaved grana padano. Entrees include a choice of chicken with fontina valle d’Aosta, prosciutto, and seasonal mushrooms; swordfish siciliana with toasted breadcrumbs and salmoriglio; or beef short ribs with barbera wine, cinnamon, cloves, grappa, and spätzle. For dessert everyone gets a tasting trio of chocolate ganache wedges, strawberry shortcake, and coffee-flavored panna cotta. 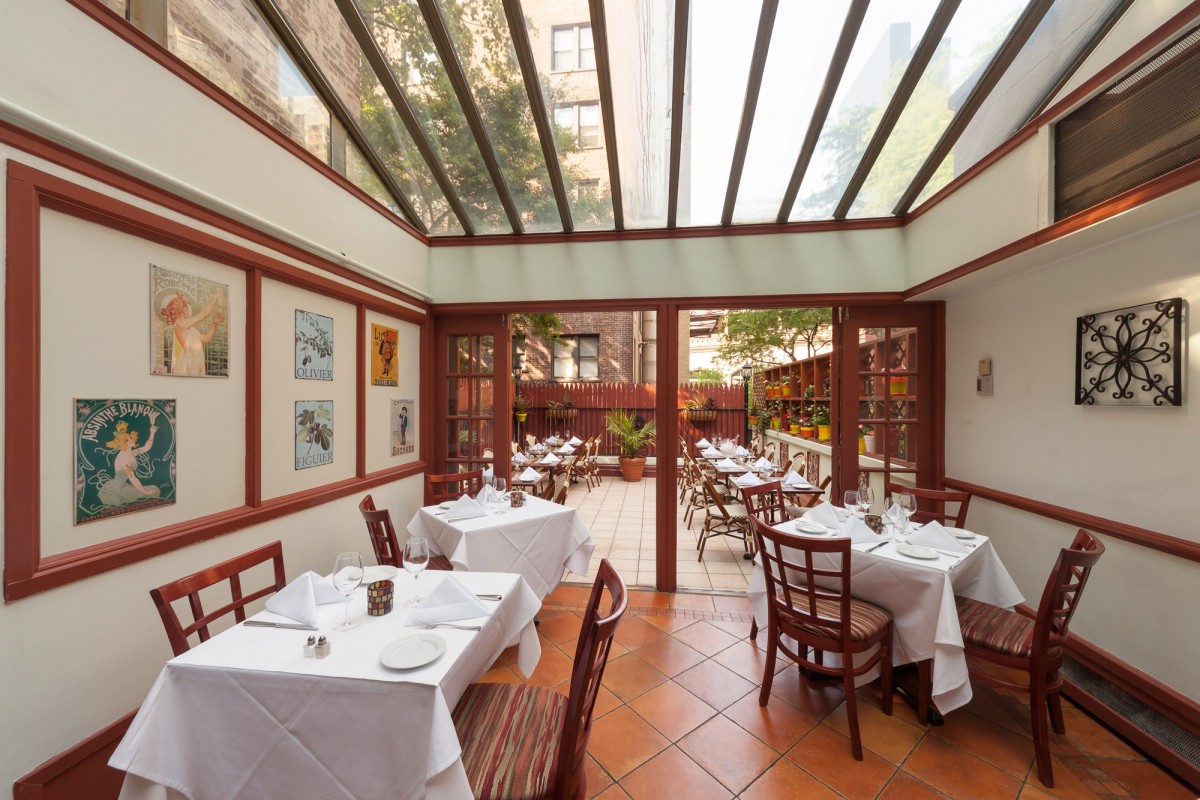 $79 includes
3 courses, glass of wine or soft drink, coffee or tea, tax & tip
$89 if payment is received after Wed, May 22
+$10 supplement for non-members and guests

https://thesinglegourmet.net/event/bistro-vendome-2019-05-26/
After 15 years at Bistro Jubilee, husband and wife Pascal and Virginie Petiteau opened up the wildly successful Bistro Vendôme. Michelin Guide recommended: “Bistro Vendôme brings a breath of fresh air to Sutton Place with this sunny and quaint multi-level townhouse… bright and airy (with outdoor terrace) this classic New York restaurant nails the European bistro in its look and feel.” Zagat rated 22: “the locals gather at this upscale bistro for French fare dispatched by Gallic-accented staffers who are as charming as the tri-level townhouse setting… a neighborhood jewel.” At Bistro Vendôme, their goal is to offer classic French recipes — some original, some with a modern twist, to get guests to fall in love with French cuisine all over again!