First and foremost, apologies for the lateness of the newsletter. I am working diligently to get the October newsletter out by the 15th (of September!).

Second, please be aware I have slightly modified the refund policy. Due to restaurant deposit and guarantee requirements, if you cancel

Ticketed events (tours, shows, ANY non-dinner event) are non-refundable within 7 days of the event.

If a dinner or an event is canceled by The Single Gourmet, you will receive a full refund or credit, without any cancellation fee.

The summer is almost over, and it has at the same time been wonderful and difficult (for me personally). I hope you all kept cool and enjoyed it as well. The cold days are coming, but I’m guessing there’s at least one more dog day (that is, really hot day) of summer left. But fall is close on the horizon, and soon it will be leaf peeping season. The flavor of pumpkin spice has started appearing in coffee and in so many other things in which it should not be… but I’m guessing that at least a few of you are loving it. It’s okay, I don’t hold it against you!

Now, on to some interesting facts about and dates in September:

Some interesting dates in September:

News about my mother: other than the fact that her hair is growing in nicely now, it’s pretty much the same as last month: she is in remission, she goes out every day for exercise, but the neuropathy continues to slowly worsen. This will be the last update I publish in the newsletter. As always, thanks to those who have expressed support and offered prayers.

The first event in September will be at Shun Lee West (again, if we can get enough attendees, considering how late I am with this newsletter) on the southern border of the Upper West Side, on Friday, September 13 (if we get at least 12 people, the dinner will proceed; if not, it will be rescheduled, and everyone will get full refunds or credits for a later event). Next we go to Gene’s, a favorite of the group, in the heart of Greenwich Village on Sunday, September 15, which always serves us amazing Italian food with excellent service. For the third event in September we will go to Pera Brasserie, a Mediterranean restaurant in midtown east on Sunday, September 22. For our last dinner, on Saturday, September 28, we venture to Le Colonial (also in midtown east) for a taste of French-Vietnamese food. 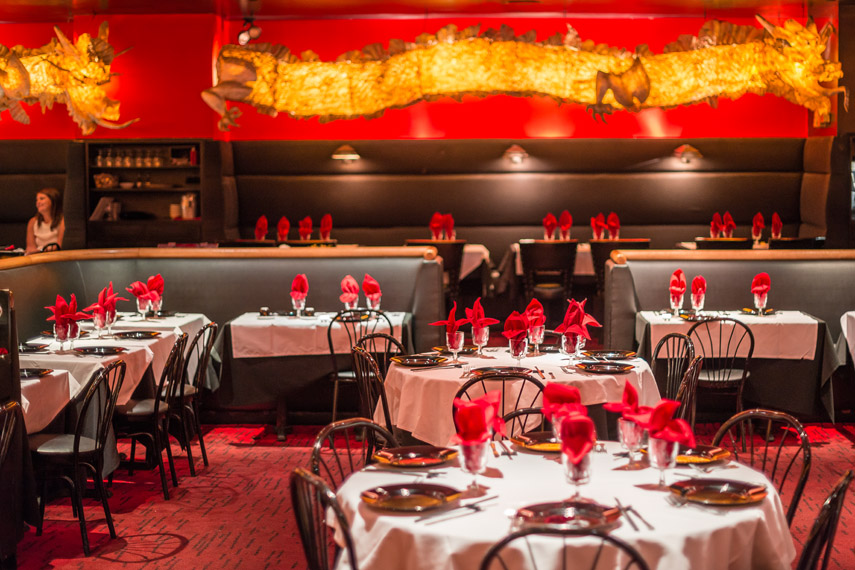 $89 prix fixe includes
3 course feast, glass of wine
unlimited oolong green tea, tax & tip
$99 if payment is not received by Thu, Sep 12
PLEASE RSVP ASAP
+$10 supplement for non-members and guests
https://thesinglegourmet.net/event/shun-lee-west-2019-09-13/
37 years ago in May the first ever dinner for The Single Gourmet was held at Shun Lee West and Michael Tong has continued to deliver for us. Usually it’s where we go for our anniversary, but this year it was held at a different restaurant. Lots of people attended, but lots of people also told me how much they like and missed Shun Lee West, and I figured we’d return there this September.

The last time I scheduled a dinner at Shun Lee West we did not have very good luck. Hopefully this Friday (the 13th!!!), we will have better luck. This time, if we get 12 people to attend, the dinner will go forward. I hope we get more, though! As with the previous event, if this dinner is canceled, you received a complete refund or credit toward a future event.

Our menu is the best of the best with multiple choices such as soft shell crab, prawns in a light soy sauce, Peking duck, Szechuan sliced pork, and much more. Zagat describes Shun Lee West as an “exemplar of upscale dining, fancy Chinese food dispatched by a top team in an exotic space.” There’s a reason why it’s been a neighborhood cornerstone since the 1980s and why we dine here at least once a year. 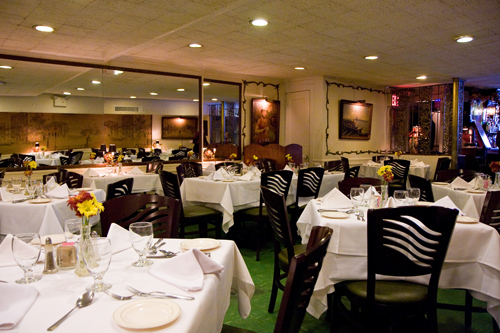 https://thesinglegourmet.net/event/genes-2019-09-15/
This Old World Italian has been satisfying Greenwich Village locals since 1919. With impeccable service, a great menu and a very loyal clientele of “90% regulars,” Gene’s manages to be packed on a nightly basis. The kitchen, run by longtime veteran chef Hector Delgado, highlights snappy renditions of Italian and French favorites. Almost the entire kitchen staff has been there for 30 years. Be prepared to walk into a classic, almost 100-year old NYC landmark restaurant and be prepared to walk out satisfied and filled with delicious food. 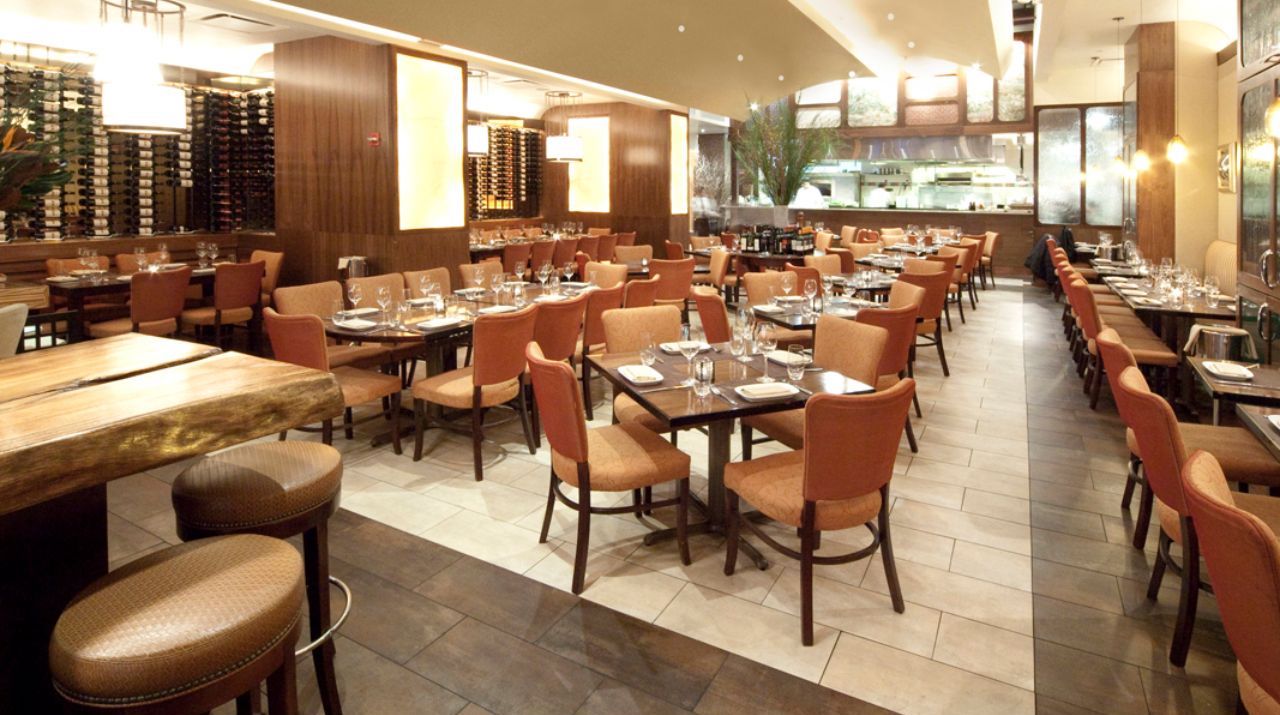 $78 prix fixe includes
3 courses, glass of wine, tax & tip
$88 for members if payment is received after Wed, Sept 18
$10 supplement for non-members and guests

https://thesinglegourmet.net/event/pera-brasserie-2019-09-22/
In its heyday, during the Ottoman period, there was no cuisine as sophisticated as Turkish. Sultan Süleyman the Magnificent lived up to his moniker, employing over a thousand cooks to make the kebabs at his posh Topkapi Palace. Rated a Top 5 Newcomer by Zagat when first opened, Pera Brasserie brings an authentic taste of Eastern Mediterranean cuisine to Manhattan. “A no brainer” according to Zagat and a “solid bet for Mediterranean fare.” Pera derives its name from an elegant neighborhood in Istanbul that has served as the melting pot for many cultures and cuisines since the 17th century. Pera features numerous mezes, specially prepared and marinated cuts of grilled meats and seafood cooked on a 10-foot-long open flame grill.

$84 prix fixe includes
3 courses, glass of wine, tax & tip
$94 for members if payment is received after Tue, Sept 24
$10 supplement for non-members and guests

https://thesinglegourmet.net/event/le-colonial-2019-09-28/
Le Colonial NYC is a truly delightful culinary experience. Like stepping into French Colonial Southeast Asia, this two-story restaurant, designed by Greg Jordan, consists of a main dining room with louvered wall panels, colorful tile floors, and vintage photos of Vietnam, it is like stepping into French Colonial Southeast Asia. Zagat rated 22, they say “at this gorgeous East Midtowner, you’ll be transported to an exotic place where the spirit of 1920s colonial Indochine is in the air and on the plate in the form of terrific French-Vietnamese fare.” Serving French-infused Vietnamese dishes in an elegant and relaxed French Colonial Southwest Atmosphere, true pleasure for your taste buds as they taste flavors they might never have experienced before. 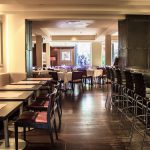